98: The one with Bonnie Tyler Power ballad queen Bonnie Tyler is proving that The Best Is Yet to Come still with a vibrant new album brimming with the same dramatic, full-bodied husky vocals that propelled her to fame with Total Eclipse of the Heart, It’s A Heartache and Holding Out For A Hero.

The award-winning singer went on to sell over 20 million records worldwide and now inspires a new generation of female performers, like Mylie Cyrus, who cite Bonnie as an influence. Quite simply, she is nothing less than a national treasure.

As well as her new album, we chat about TikTok, Bonnie singing in front of her contemporaries at the MTV awards, representing the UK in The Eurovision Song Contest, what it was like to sing at The Vatican and meet The Pope, and cooking stuffed figs. 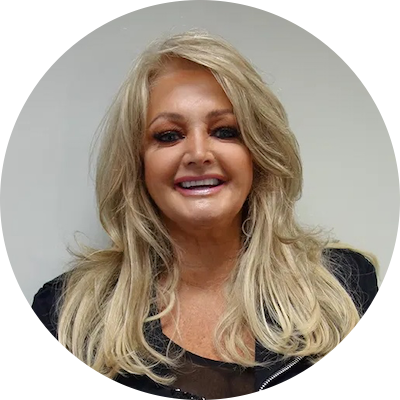