Her 2000 debut album, Not the Tremblin' Kind brought the Nashville-born and New York City-based performer considerable acclaim and I was interested to learn whether the American music industry differed much from that in the UK.

This tale dates back to 2 August 2003, read the transcript below for the one with Laura Cantrell and sit back and enjoy these tunes.

C: This is your first time at the festival, Laura, how have you found it so far?

L: Oh, it’s been wonderful. We’ve been wanting to come for the last three years or so and I’ve been told a lot about it; it’s a pleasant festival and has great music and I could see from the other line-ups of the past that there would be a lot of music here that, if I was just coming as a fan, I would want to see.

And as we’ve performed over here in the UK quite a bit we also wanted to see what it was like to come and do the ‘festival’ type performance, ‘cause it is a little different, you kinda come for the weekend and get to do a number of different things and it’s kinda nice break from being in a concert venue or a club venue because there is that informality of everybody being in their t-shirts and it’s very relaxed….so, we were looking forward to that.

C: So you have a new album out now, when exactly was it released?

L: Actually it came out the end of last year [2002] so we’re still working it as, y’know, our most current piece of product and I’m hoping that at the end of this year we’ll be starting work on the next so that we’ll have it out early next year too.

C: And what inspirations do you have and what is the main subject matter of your songs?

L: Well, y’know, it’s hard…that’s a good question…what is my main subject matter?…y’know, I’ve guess I’ve tried to still find songs that are about very simple, direct issues of the heart and, y’know, feeling of loss and those kind of things.

Country music expresses that stuff very well. But also I think, I forget sometimes when I’m doing interviews, that there are a lot of songs that appeal to me too that have a little bit of ‘attitude’ or ‘edge to them’ like Not The Tremblin’ Kind our last album title track, or the song All the Same to You on our last record. Y’know, these are songs with a little ‘cheek’ to them, it’s fun to sing them.

C: How do you go about constructing the songs – is it from your own personal experience?

L: You do, whether you write about yourself or not. I tend not to write about myself but I think that you can’t genuinely invest the song with emotion unless you have a common experience with what you’re writing about, or imagining an experience that somehow draws on something you’ve had in your own life, so yes, I think you have to do that but it’s not always in a direct mode.

I would be less inclined, just because of my own personality, to sit down and say; “this is how I’m feeling today”…b-b-boom. But I like to find songs that express that well, y’know, when you have a blue day or what-have-you and there’s lots of good ones out there.

C: In the UK there is a shift in industry to a ‘Pop Idol’ culture, has ‘American Idol’ had a detrimental effect on the industry in the US?

It’s interesting at the folk festival, ‘cause what we have in The States is also a folk festival circuit and the Country Music festival; The Blue Grass Festivals…and there’s a great culture of music which has nothing to do with the American Idol, Pop Idol phenomenon.

That’s really about media companies, entertainment companies, figuring out how to sell something and it might be an interesting idea as a soap opera and they put it on TV, but it doesn’t seem to have that much to do with what’s going on here in Cambridge.

In a way, I think that if that were happening to the exclusion of all the great, organically evolving music that’s happening at a place like Cambridge, I would say; “yes it’s hurting music”, but I don’t even think of them n the same category.

: You have a great fan base building here in the UK, would you like to come back to the festival again?

L: We’d love to, if they would have us, we’d love to come again, we’d certainly come! It’s a great opportunity for us and a lot of festivals do provide musicians also a great time to hang out with one another. So, it’s wonderful on that level…just catching up. 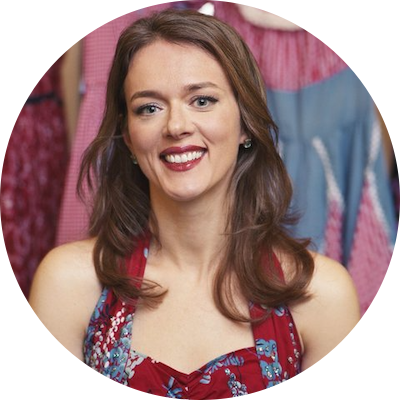