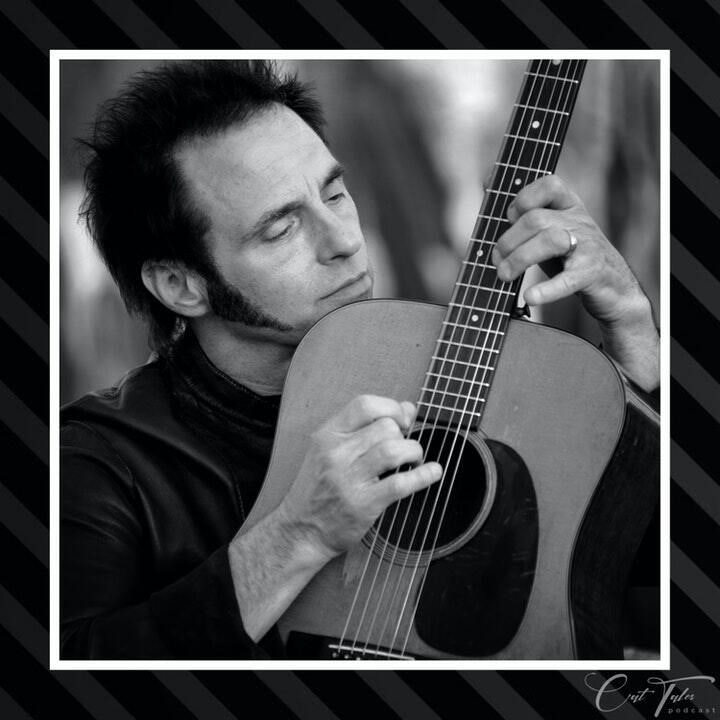 There’s so much more to Nils Lofgren than just being part of Bruce Sprinsteen’s E-Street Band.

He’s played with Neil Young, Crazy Horse, Ringo Starr & His All-Starr Band, Patti Scialfa, and Grin as well as being inducted into the Rock and Roll Hall of Fame.

So when I got the opportunity to I speak with him backstage on his Break Away Angel solo tour, I jumped at the chance.

This tale dates back to 16th November 2001, read the transcript below for the one with Nils Lofgren and sit back and enjoy these tunes.

Blues Rock
The tracks featured are: Shine Silently; I Came To Dance; Cry Tough; Old School; Without You; Across The Tracks. Visit nilslofgen.com for where to purchase these and more of Nil's music, and to listen to this again and to other tales, visit CATtales.co.uk.
Transcript

This is the one with Nils Lofgren…

C: What have you been doing recently and what are your plans for the immediate future?

N: I've just got brand new album Breakaway Angel, I'm living my musical life without record companies so it’s on my website. I'm like a bootlegging pirate I just bootleg my own music and this great new album and a live and raw video which is available. Dragging around all the shows we're doing 26 cities in the UK proper farmable tour - we're not just playing 3 big towns and leaving.

C
: I think that's really refreshing actually, to come to places like this, which is unusual, makes it rewarding for your fans.

N: I’ve played here in the UK for 28 years out of a 33 year career and the people have been very loyal and great, keep showing up and I make the effort every year 'cept when I get lucky and take a year off and work with the E-Street Band or whatever.

But anyway, that's what I've done the last year - gotten a record I'm proud of, sharing the record, playing, singing and what we do and am gonna continue off next year in the States and maybe next year at some point get back again.

C: I understand that this is your first time back to the UK for three years?

N: You know what? Oh god, I don’t remember! You lose track…I usually have it on my pass but I don’t have my pass with me. We’ve been doing a lot of towns, these out of the way places it’s kinda like a teen centre in the old days…gotta a couple of light bulbs up to see by, but we brought our own sound – we have a great sound man, really good sound and er got a great band and really happy to be out.

C: So are you still enjoying it?

N: Oh I love it, I mean actually it’s great. It’s not a great time to leave the family for five weeks with everything…with the planet going crazy…but Amy [Nils’ wife] has always understood and in support that I love to sing. Really the work is the rest of the day and once I get up on stage its much like therapy at this point.

Of course everyone is there tonight judging, hopefully being entertained and we’re doing our best to go out every night and make it special. I love it, I’ve grown up to become someone…I value performing more than I used to, it means a lot more to me and I’ve always enjoyed it.

I’m very grateful for that and I err…guess I’m taking even more care than I ever done, I’ve a little more to think of, experienced and mature but the name of the game for me is to get out and just be passionate playing to the audience. And the UK crowd are great, they really listen, they pay attention, they really…erm…there’s a degree reverence here, that I’ve always enjoyed here, for rock n roll so we’re happy to be back.

C: Have you already toured the States before coming here?

N: We did half a dozen gigs in the state before we came over and er…so we’re kinda warmed up and it’s going great so far, we’re happy, just coming up to our half way point - 26 cities, we’re here until December, early December, then I’ll carry on in February in the States and hopefully get back here sometime next year.

C: Were you involved in any of the tribute gigs for 11th September?

N: Not really, we did kinda our own thing. The big thing Bruce [Springsteen] did, the ‘telethone’, I was working in Arizona at a little bar called the Guitar Bar – it’s a jam bar – people just come and jam. A friend of mine Joel Mager (GM Vegas) put it in one of his Casinos, I was out there playing – we donated all the merch[andise] proceeds to the families.

And three weeks ago we did Stone Pony, a famous club in Ashburg Park – it was actually my wife Amy’s idea - we got a guitar, my band and I and Bruce and Patty Springsteen signed it and we had a raffle.

And actually, we had a lot of port authority police officers, a couple of them are good friends of ours, unfortunately they lost the most officers in the disaster and they brought a lot of their friends down and some of the widows and it was a very good and emotional night and we raffled the guitar off and raised a lot of money to help them out. So, y’know we were trying to help them in our own way.

C: Amy [Nils' wife] was saying earlier that you are having some physiotherapy on your hips?

N: Joey here, is the expert and helps me out with stretching, I just…y’know…33 years of trying to break the stages and playing a lot of basketball wear it out a little bit. But not emotionally! Fortunately, not my throat or my fingers.

N: Nah, nah, not good! No more trampolining – I’ve left the circus…just a singer now. But I’m enjoying it more than I ever have and I’d like to think I’m getting better at it.

N: Great, I hope you enjoy it! 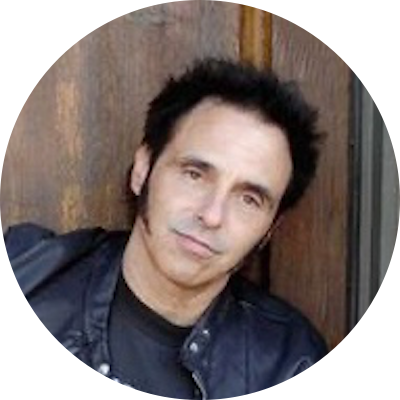