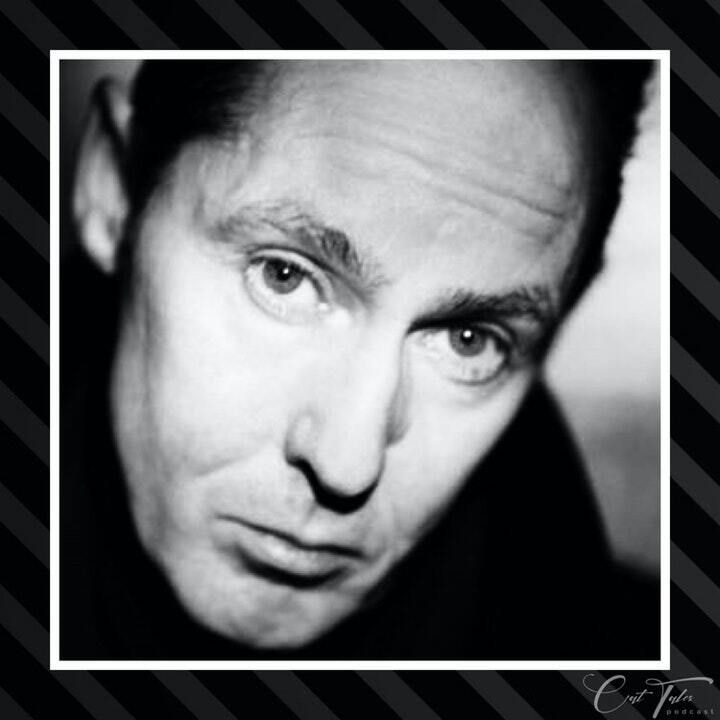 Roddy Frame is an absolute delight.

It’s rare for a performer armed only with an acoustic guitar to create a sound which could be mistaken for ten men and his charismatic stage-presence completely captivates any audience.

This style of performance is a long cry from Roddy’s days with Aztec Camera who came to prominence in the early eighties and it’s many years since he became an acclaimed solo artist performing acoustic tracks under his own name.

This tale dates back to July 31st 2003, read the transcript below for the one with Roddy Frame and sit back and enjoy these tunes.

Folk Pop
The tracks featured are: Good Morning Britain, Somewhere in my Heart, Oblivious, White Pony and all I Need Is Everything. Visit roddyframe.com for more information on Roddy.
Transcript

This is the one with Roddy Frame…

C: The last time the magazine interviewed you was back in 1991, what has been going on since then?

R: Good God, a lot of things! Well that was the last time I went and did a whole load of acoustic gigs, all that kind of stuff. Put together an acoustic set and that time I was playing with Mark Eccles playing piano and that was a great time. We played this festival, other festivals.

C
: Cambridge Folk Festival was the first acoustic gig you played under your own name, wasn’t it?

R: Absolutely. In the early days of Aztec Camera we always had a load of acoustic stuff in the set and all that, that was part of our ‘thing’ – we used acoustic guitars and 12 strings and all that when other people were using synthesizers.

It was the first time I’d really gone out in my own name and tailored whole sets specifically to that. And now, I’m kinda doing that again, ‘cause I made an album recently called Surf, which is basically me and acoustic guitar, no over-dubs.

R: Funnily enough, Pro Tools, you know? I got this music software, I’m kinda making demos, synthesizers, drum machines, all that stuff and I started making some demos on acoustic guitars and I thought: “shit, this sounds better than the stuff I’m taking out the studios and I’m doing it in my front room.”

So I kept writing 2 or 3 of the tracks and just added to them and within, like a year, I’d written a lot of songs and recorded in the studio and decided it was good enough to be an album and then set about trying to do a few gigs.

C: So it’s pretty much serendipity that’s brought you to this point?

R: It has really, I mean I knew that I could play acoustic gigs ‘cause I’ve done it before, but most people use computers to make dance music and all that, don’t they? I mean, I suppose that most people who want to record acoustic music are very big on analogue and want to use tape and all that, but it doesn’t really bother me. I’ve never had much technical knowledge so therefore I’ve never had that kind of ‘fear’ of different formats.

C: Do you think then, that it’s more challenging to do things acoustically rather than have the backing of a band?

R: Bit of a double-edged thing really. To be honest, the big thing that I worry about before I go on stage is remembering the words, there’s no cover, remembering the words and you’ve gotta put your fingers in the right place and all that stuff. I think that’s a wee bit harder as you get older – I think when you’re 18 all you do all day is just rehearse and sing and play and all that and eat and drink and sleep is a kinda secondary thing isn’t it?

But, I guess, as more things come into your life you have to get it together and so the spot-light’s on you and you’re kinda much more exposed and so you have to be a little bit more confident and sure of what you’re doing and you have to be on the case. But also, it’s very freeing because you can just change the set as you like – you don’t have a band to get it with, that’s pretty obvious, but you feel that you can get buried.

C: Doesn’t legend have it, that as part of your signing deal, you got a Harley Davison motorcycle that you never rode and the Neil Young back-catalogue that you buried in your garden?

R: Nah, I think…I did remember throwing a Jackson Brown record out of the window, that may be what they were talking about.

C: Suppose it was just one of those NME rumours?

R: Yeah! I would never have gone to the actual trouble of burying it! But…a friend of my girlfriend’s at Warner Brothers and she said: “Is there anything that you particularly want from Warners?” And I thought: “Well I never had any use for anything whilst I was there but I had a look through the catalogue and I got Everybody Knows This is Nowhere on CD.

Ahh, the best album sleeve and the best title of an album, ever! This weird kind of sleeve with him leaning against a tree with a checked shirt on.

C: So the bit about the Harley’s false as well?

R: No, they did offer to give me a Harley Davidson but I didn’t want it. I’m only taking driving lessons now! I think the combination of a Harley Davison and all that amphetamine sulphate…Jack Daniels…might have been a little too much to handle!

C: So who have been your main influences from a musical point of view?

R: Umm, well now again, I suppose because I’m playing this kind of music…mostly old stuff. I mean, I heard some things on Mean Country. A friend of mine got involved with that station and I’ve been listening to that a little bit and I bought a Gillian Welch record the other week but it’s not often I go and buy new things, I’m stuck in the past.

You know, I do still listen to Neil Young and Bob Dylan and all that stuff and err…what happens to me, is that I’m very late to pick up on things too, so, you know, last week, I thought Justin Timberlake is pretty good after all and, like 6 months ago, I was...pah…so I’m late in catching up.

But I thought the Gillian Welch record was lovely and I do like to hear people who can play and sing and write songs and all that, I suppose that’s the kind of thing that runs through musical veins.

C: Are you still enjoying it?

C: Like when a new single came out you had to collect all of them to create the face on the side?

R: Yeah, which kinda spawned lots of extra tracks and looking back, some of those were actually better than those we put on the album! But, um, I think, like a lot of people, you start making music when you’re like 16 or something and suddenly you’re 30 and you’re still making albums. And then I went with Independent Indie which, kinda, was a bit of a disaster that label for me, you know, as much to do with me as them. I think, looking back, the album was pretty good, I mean The North Star album had some good songs on it.

R: Absolutely, you see I think that’s what people forget. A lot of people take sides. I just feel like, I mean people always say: “Oh yeah, this is the best record,” and all that, but I just feel like it’s been an experience for me. I just wish I was writing this amount of songs in my 20s – I used to really struggle to write new songs and now I’m just writing a lot.

C: You’re coming across as someone who really values what they’re doing.

R: Yeah, I am. You know, Andy Warhol once said that the Velvet Underground were the best group in the world because music was their second favourite thing. I don’t know what their first favourite thing was but d’you know, that’s what it's about and unless you’ve got some sort of good life and you’re plugged into things and doing it for the right reason, what’s your music going to be like?

I'm very grateful that I’ve had a chance to do that, I’ve still got my name on a poster, I’m still basically an ‘indulged brat’! That’s pretty good, it’s not bad. I think it’s very hard, you know, unless you’re like super-hugely successful like Madonna or someone like that, it’s hard to be amazing.

C: And you’ve come back into a world that’s devoid of decent male singer song-writers.

R: I saw a couple of reviews of my record from the States, you know, and I don’t think they like it that much – they said ‘it sounds very clinical’ and all that. That’s kinda like British Records and maybe how they see Britain still. It’s much more kinda, copying and all that and they say my music is more like Sinatra’s approach to song-writing and that’s what it is for me – as much…when you look at the songs they got these little American diminished chords and sentiments. I don’t consider myself that ‘rootsy’, I suppose when I look at people more into repeating a few times!

C: Finally, Roddy, how do you think the music industry has changed and do you think it still offers as much opportunity for new artists as it used to?

R: Of course, I think, probably ever since people started writing about rock music properly, you know in the 70s and all that, it’s been kinda de-mystified a lot and I think in the 50s and 60s with Elvis and The Beatles kinda just appeared and everyone screamed and bought their records and imagined what they were like.

It’s kinda come all the way up to here now with this Pop Idol thing and all that where I think it’s been de-mystified so much that there’s not much there anymore to kind of be fascinated about or fantasize about and I think that’s a wee bit sad. But I’m an old fart so I’m gonna say that! It seems to have this really cruel edge to it, it seems to be a bit competitive and for me music was the route to go if you weren’t competitive, if you didn’t want to play sports and all that, if you were a drop-out, a heel-dragger and someone who refused to participate, music was your route, you know, that’s where you could really excel.

But now, the idea is like ‘competitive music’ and who’s the best dancer. In secret we were wondering who was the best dancer, but to bring it out in public is just so tasteless. All I kinda worry about is that daft, cruel edge to it and all that. I’m just happy to play my songs.

C: Many thanks for taking the time to talk to us again. 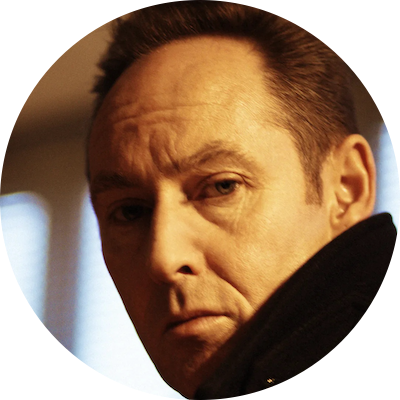